As we dive into 2017, here at Cubik we find that the beginning of the new year is the perfect, albeit very busy time to reflect on the events of the previous year, for Cubik, 2016 was a year of success and growth with many positive changes taking place throughout the year…

January 2016 – The beginning of the year saw the team at Cubik nursing sore heads from the Christmas break but raring to get their teeth into the many exciting new projects we had lined up leading us right through to February. 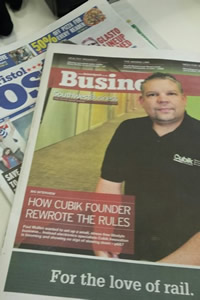 We kicked off March with the upheaval of our production lab to make room for a dedicated mechanical assembly area for one of our customers. We also sponsored Wessex TSG (Tears, Sweat & Glory) who took part in PLOD – Cotswold Way 2016 for children’s charity Action Medical Research, an event which we were proud to be a part of! We rounded off the month with our MD Paul Mullen appearing in the Bristol Post on the 30th of March for the Big Business Interview. Little did Paul know that his face was soon to be seen in many other publications throughout the South West.

April – April was an exceptionally busy month where we held interviews with potential candidates for our 2016 Internship Programme with masses of talent on display for the role and a tough choice ahead for Cubik Management.

Shortly after this the tables were turned as an interview took place between South West Business News and our Director Paul Mullen for their April Big Interview piece where Pauls love for technology was personified in a terrific article written by Gavin Thompson:

Cubik were then also fortunate enough to be featured in the Innovation Space Blog for CFMS where another great piece was written, this time describing what sits at the heart of what Cubik do:

May – The month of May was another extremely busy one for us, starting with Cubik being featured in a brilliant article for Insider South West which showcased our talented apprentices, then our Project Management team attended the South West Business Showcase 2016 and were on the lookout for innovative design ideas. Also during May, Cubik were able to represent their love of supporting the local community by renewing their sponsorship of Cleve RFC for another year and in the new sponsorship of Team Bath Racing.

June – We welcomed our new Design Manager Matthew Griffiths and our latest Design Engineer Eli Plaza to the team who everyone were quick to get settled in, the Cubik way. We were also pleased to receive work experience pupil George Lear from Mangotsfield School. After George had been shown the ropes for the week he produced a terrific journal to demonstrate the knowledge he had gained in the short time he’d spent with us.

June was also month of planning, with the whole team preparing for the move to larger premises. 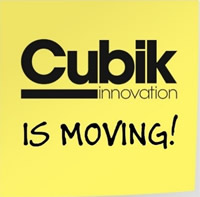 July – It was all hands-on deck as Cubik waved goodbye to the Bristol & Bath Science Park where we had spent four happy years as tenants, but waved hello to a new larger space in Verona House located just down the road and still within our Bristol home. The change in premises gave another injection of growth into our production lab, providing us with greater capabilities for batch and prototype manufacture. July also saw us receive another work experience student, Will Couch, who was this time we welcomed from BTE Academy. We also extended a warm welcome to our new Office Coordinator, Mercedes Tilling, who was our first recruit in the new building and who was closely followed by our 2016 Design Engineer Intern, Charlie Freestone, who hails from Plymouth University, these new recruits saw our team grow to a 19 strong force.

August – Once again here at Cubik we showed our commitment to ISO standards and quality processes and procedures as we were yet again awarded our ISO9001:2008 certificate after passing our 2016 audit. 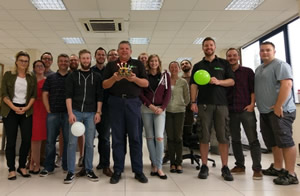 September 2016 saw Cubik mark its 4th Birthday with the whole Cubik family tucking into a glorious cake to mark the occasion!

We were also able to attend a few Tech events in the month including the End of Summer Big Breakfast held at the Engine Shed Bristol and also Venturefest Wales where we thoroughly enjoyed networking with likeminded businesses. Our Technical PM Luke Davies was also lucky enough to attend the Protrack Seminar in Gloucester and came away with a generous goody bag!

Another development within September was our partnership with the West of England Growth Hub, a partnership which we are very excited about and are sure will produce many good things in the future.

Cubik concluded the month by supporting the Macmillan Coffee Morning where one of our resourceful engineers brought in DIY smores, yummy and all for charity!

October – Our hard work throughout the year was recognised when we were shortlisted for the SME Manufacturing Company of the Year award at the Made in the South West Awards 2016 which was attended by both our MD Paul Mullen and Technical PM Luke Davies who both enjoyed the evenings events and even though we didn’t take home the prize, it was still brilliant to be nominated for such a prestigious award. 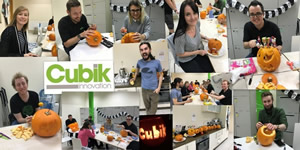 Within October we also saw Cubik’s very first Annual Pumpkin Carve Off which was held on the Friday before Halloween and where the whole Cubik family were encouraged to carve a frightful pumpkin, we even invited Amalgam Models to compete for the prize! 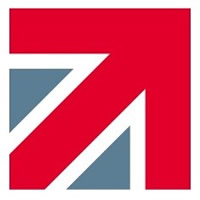 November – Another event to round off the calendar was the Bristech Conference held at the Bristol Watershed and was attended by our Business Manager Sophie Adams-Foster. After the event, Sophie advised that she had met some truly interesting people throughout the day and had come away with many new ideas for the business.

November also saw Cubik become a member of the Made in Britain campaign, an achievement which we are especially proud of here at Cubik due to our commitment to manufacture all of our products within the UK. 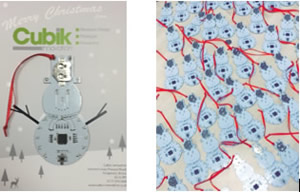 December – Snowmen, snowmen everywhere! We rounded off a fantastic year by treating our customers/friends to a PCB themed Snowman Christmas card game. The PCB was designed by our 3rd Year Production Apprentice, Shannon Cribb and the system was designed by 2nd Year Production Apprentice, Barney Smith, we’ve heard that they have gone down a treat so we will need to get our thinking hats on for next year’s card!

As we look ahead to the new projects which 2017 will bring, we start the year with a free 2 hour SETsquared workshop at the Engine Shed Bristol on the 17th of January, presented by our MD Paul Mullen:

Another item on the cards for the New Year will be for an Open Day to be held at our offices in Verona House to invite customers and friends to our new office, so watch this space!

We would all like to finish by saying a huge thank you to everyone who we have had the pleasure of working with over the past year, the support and collaborations we’ve had have been fundamental to our growth and development into the Cubik we are today so we wish you all a very Happy New Year!