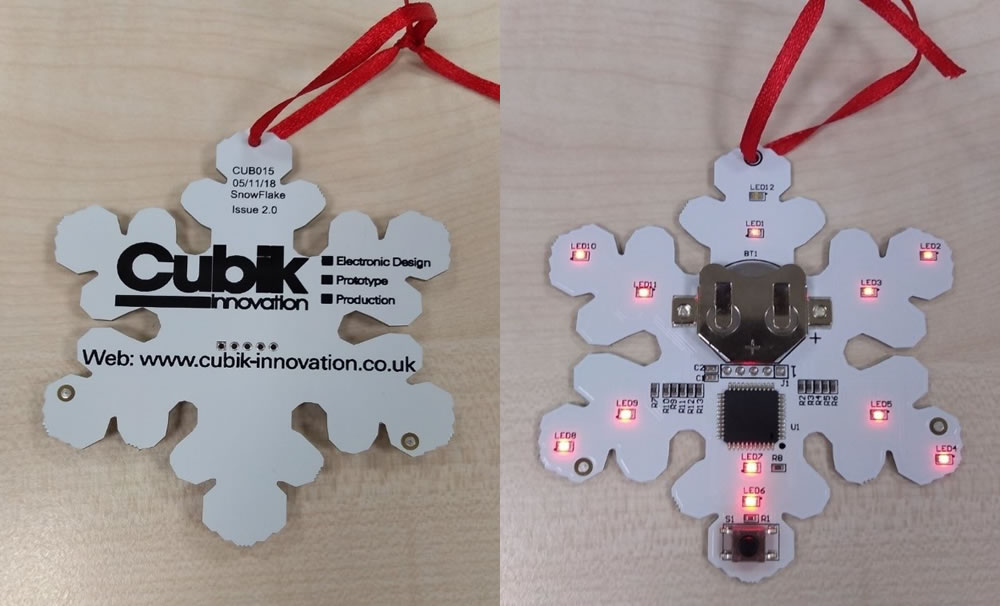 Things are feeling festive here at the Cubik office, and to spread the festive cheer, we have designed a Christmas Card LED game that doubles up as a Christmas Tree decoration.

We followed the same 5-phase gate system for this seasonal project that we do for the majority of our customer projects:

Matt Jackson, one of Cubik’s Senior Software Engineers explains how he approached the Software Phase of this project:

‘As this year’s Christmas card is an evolution of the last, we started with the previous firmware as a starting point.  The snowflake design has a greater number of game LEDs and they are laid out differently on the board, so the first challenge was to change the sequence of LEDs to fit this new layout.  Next we added more levels and gave the player infinite lives (It is Christmas, after all!).  Each level has a unique speed or pattern which needs tweaking to keep it interesting from one level to the next. At this point everyone in the office had a play so we could evaluate the difficulty. After a couple of iterations to refine the patterns and difficulty, all that was left was to make some pretty animations for winning the game and sitting on your Christmas tree.’ 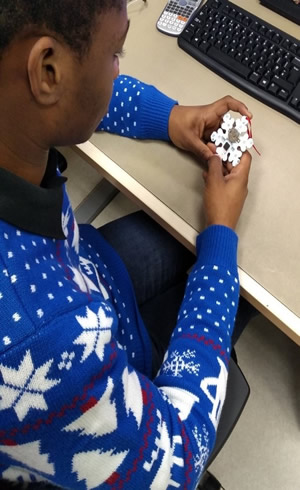 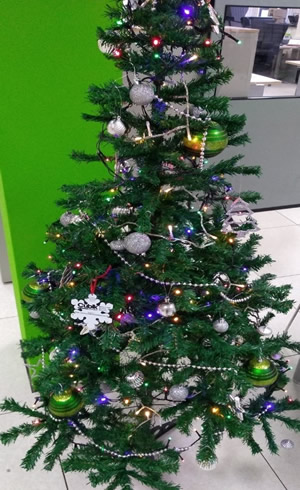