Shortlisted for Made in South West Award

Last year was quite the year for Cubik Innovation. As a company we won Start-up Business of the Year at the Bristol Post 2015 Business Awards. Ending the summer with our Managing Director being Highly Commended in the Small Company Director Category at the Institute of Directors South West Region at the Director of the Year Awards. In all, not a bad year for our exciting young team.

Following on from last year’s success, Cubik Innovation was recently shortlisted for the SME Manufacturing Company of the Year (Turnover below £25m) award at the Insider Media Ltd “Made in the South West Awards’’.

The award is for a manufacturing company based in the South West, with a latest reported turnover of less than £25m, that has demonstrated excellence and made an outstanding contribution to the manufacturing sector in the region during the period 1st July 2015 to 20th June 2016.

Cubik Innovation Director Paul Mullen and Technical Project Manager Luke Davies were both fortunate enough to represent Cubik Innovation at this year’s Insider Media Ltd “Made in The South West” Awards held at Mercure Bristol Grand Hotel on Wednesday 2nd November 2016. The prestigious event showcases manufacturing from across the South West and give local companies the opportunity to celebrate their ongoing commitment to world-class quality and excellence.

The evening was full of splendour and ceremony, with the Cubik pair attending dressed in the usual penguin suits and Paul’s trademark waist coat. Acclaimed comedian Jimmy McGhie took the reins as compere for the awards, with a very entertaining comedic interlude following the night’s guest speaker Don Cameron of Cameron Balloons. Don gave a brilliant insight into the world of ballooning and how a conversation in his local gliding club bar turned into the Bristol institution known as Cameron Balloons.

The climax of the event was the awards ceremony itself. Cubik was in a very strong category vying for the crown of SME Manufacturing Company of the Year (Turnover below £25m), which included Future Advanced Manufacture, Blue Badge Company, Woodwarm Stoves, Gripsure UK and the eventual category winner; Marshfield Bakery.

Everyone at Cubik Innovation would like to congratulate Marshfield Bakery on successfully winning SME Manufacturing Company of the Year (Turnover below £25m), a well-deserved award! And if you guys fancy sending over any of your celebration cakes that would be great! 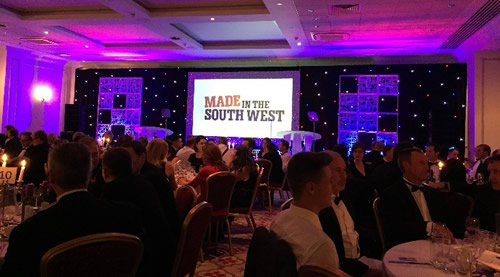 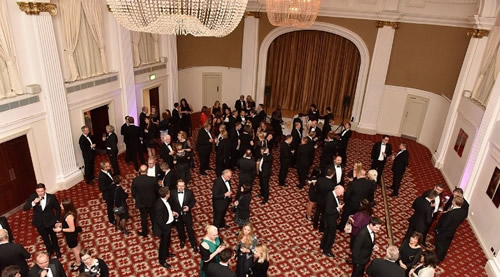