Start-up Business of the Year 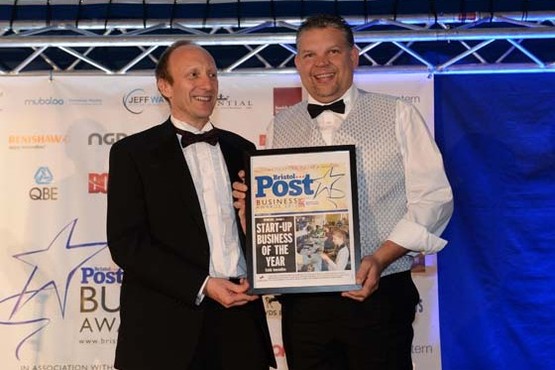 In the wake of success at the IoD Director of the year awards, last week we continued our winning streak, picking up the award for Start-up business of the year at the glittering Bristol Post Business awards. Spirits were unbelievably high after being shortlisted for the final, to win the accolade is beyond expectation and entirely humbling.

The event, hosted at Brunel’s Passenger Shed kicked off in the early evening and continued late on into 1am, presenting some inspirational speakers, kicking off with Andy Green of Bloodhound giving attendees a high speed glimpse into the world of smashing land speed records and flying Tornado F3s. The team at the head of Aardman were also centre stage picking up a Lifetime achievement award, an award well deserved for a company so synonymous with the huge success the city has enjoyed in the creative industries.

After just two awards were announced, it was our turn to hear the judge’s verdict; One of our fellow BBSP tenants, have released a mobile app enabling the public to report noise complaints to their local authorities quicker and easier- at this point ‘The Noise app’ would’ve found its calling! Lots of cheering, clapping and photo snapping ensued for a quite a while after the announcement from our 10 strong Cubik table, to say we were delighted is an understatement!

“It feels amazing to have won. It is great to have this kind of recognition for a start-up, I didn’t expect to win it this evening, and to get on the shortlist was an amazing feeling. Bristol is a fantastic place to be based in. There are a lot of inventors here, and I can’t imagine being anywhere else.”

Our award is a testament to the hard work of our young and talented team of engineers and creative brains, but also a huge nod to our customers: the inventors, entrepreneurs, SMEs and corporations which come to Cubik armed with stunning design concepts, products and ideas. Without these customers, an award like this would have been simply impossible.

Many thanks to the award’s organisers and the judges, all who attended were delighted with the evenings event’s, leaving with a sense of pride for our city which is so obviously alive with great ingenuity and entrepreneurial spirit. A special thanks also goes to Dom from Mobile Menswear, the keeper of the spangly waistcoats and perfect bow ties! 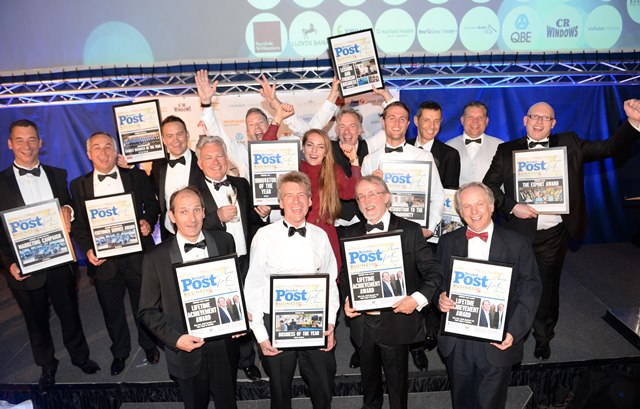 Congratulations also to our fellow winners listed below…