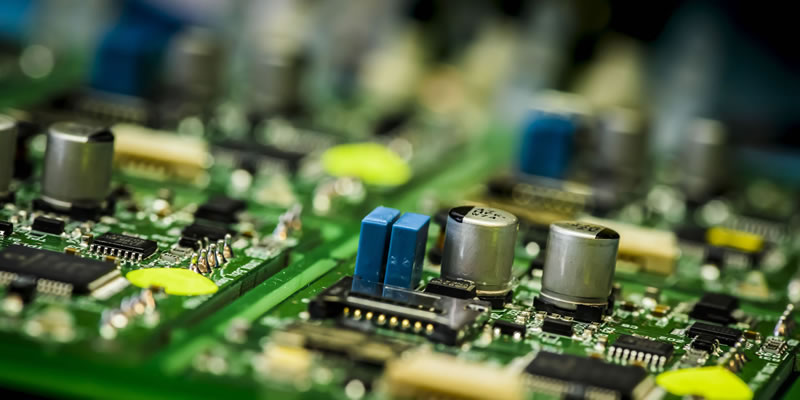 Growing as a Start-Up is all about connections, making connections with funding bodies, project partners, academia and neighbouring companies. From our conception, we have always been devoted to building this vital network. Perhaps the most valuable of these relationships with Microelectronics iNet.

Microelectronics iNet is an ERDF (European Regional Development Fund) project, conceived in 2010, planned to run into 2015, with a finish scheduled next month. They provide advice and resources to Microelectronics SMEs across the South West helping to take design concepts and ideas all the way to tangible products and services, a mission absolutely shared with Cubik. Through research and understanding Microelectronics iNet have been able to create programmes of practical and targeted support working to boost SMEs to progress innovation. The body are supported and lead by The University of the West of England, contributing a wealth of knowledge and expertise to an already strong team of experts. The project in its entirety operates to provide support to existing SMEs and inventors but is part of wider picture, the iNet programme, a large funding resource forming a network of iNet each geared towards servicing a specialist industry field in the South-West whether it be Aerospace or Green technology.

Forging a relationship with this invaluable resource has paid all parties involved an array of worthwhile dividends, for Microelectronics iNet they have successfully cultured an environment for SMEs to build supply chain clusters, where companies can sustain each other as well as themselves. In Cubik’s case, we have had the vital opportunity to connect with a bank of customers and companies from all manner of industry sector and background, extending our reach to unchartered heights. For our customers, they have seen grassroots ideas transform into targeted well thought out concepts and often prototypes and technology demonstration devices developed.

In a recent report of the programme’s successes, Belen Prieto, Cubik’s key contact commented: “There has been a successful history of collaboration between Cubik Innovation and the Microelectronics iNet since 2012. It’s a deep and close partnership which has delivered real outcomes for both Cubik Innovation and the Microelectronics iNet. This strategic partnership has also provided SMEs with access to very high quality prototypes in a shorter period of time, facilitating the SMEs to keep on innovating and bringing new products to market, which is helping to feed the virtuous circle for growth in the South West of England”.

For Cubik our successes have been achieved most pertinently through the Microelectronics iNet business assist service, a small but important fund of £1000 awarded to SMEs looking to gain information and guidance on product and business development. In this capacity Cubik were commissioned to facilitate product and concept investigation for customers with electronic products, usually consisting of several days of focused research into prototyping and design. Over our three years in business we have completed approximately 25 business assists for as many innovative small companies. 60% of these investigations forming the vital bedrock for future development, with customers choosing Cubik as their product development partner or as a vehicle for isolated programmes of work such as Design reviews, prototype productions, software iterations, and batch manufactures.

Most recently Cubik engaged with South-West, Start-Up Meta Films Ltd headed up by experienced cameraman and adventurer Nick Guy. Nick was granted funding through the programme for Cubik to carry out a full design review of a camera trap system which houses a DSLR specifically to film wildlife in remote locations and was certainly pleased with the results:

“The investigation carried out by Cubik was to pin down a problem with an existing design.  This was achieved and has allowed remedial work to be undertaken to correct the fault on a number of units already in service.  Prior to the investigation the units could not be safely deployed.  The work carried out by Cubik also highlighted a number of other points as well as touching on possible improvements that could be implemented in a future development of the design.  It is likely that Cubik will be asked to conduct a further full design review and hopefully carry out full re-design of the product at some stage in the near future”.

Alongside Meta films, we have also recently worked with Wildwood Ecology delivering smart and innovative ecological solutions to companies across the South-West on a very interesting project surrounding the conservation of Bats. Richard Crompton, Wildwood’s director had this to say about his experience with Cubik Innovation and Microelectronics iNet.

“We found our dealings with Cubik to be really enjoyable – from a first friendly meeting with MD Paul, to being introduced to the team and seeing the facilities – a very positive experience that made us feel Cubik was a company we wanted to do business with. After some fact finding Cubik put us in touch with the Microelectronics iNet scheme which funded the initial feasibility stage. We now have costed proposals for a range of options – now we have to do some work to identify the funds to make the project a reality”.

The programme have also offered a more extensive layer of support, making larger sums of funding available to give projects a real boost. In 2013, Cubik won the highest level of this support to fund a brand new automated optical inspection unit (AOI machine) which has and continues to maintain an excellent quality standard to the many prototypes shipped frequently from our labs. The majority of our PCBAs are manufactured using surface mount technology, decreasing component size whilst increasing density, making the need for accurate and efficient inspection a vital measure. Adding this machine to our growing production line in the earliest days of our business meant we were able to take on an increased number of production and prototyping jobs, helping us win a contract with a large, local utilities firm for a programme of work which would change the landscape of our growth markedly.

With the programme ending in one month, funding rounds are now closed, we’d like to take this opportunity to thank the team at iNets for the support and continued interest in our endeavours and remind any fledgling SMEs and Inventors to pay attention to these valuable activities happening all across the South-West. By working together, building connections and maintaining a growing network we can build on our already thriving industry and respective businesses. In the wake of our successes with the Microelectronics iNets programme we are now investigating more ways we can connect our customers with important funding and look forward to building those important future relationships, continuing our work helping South-West inventors lift their ideas to innovation.