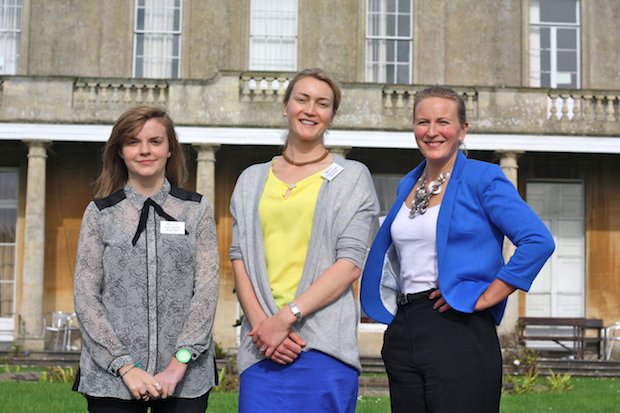 This summer our industry celebrated the annual ‘National Women in Engineering Day’, championing the work women do within the sector as well as promoting the excellent career prospects available.

To herald this important occasion, the Engineering Innovation South-West Network launched a Dragon’s Den inspired competition– ‘Women with Bright Ideas 2014’ to run in the subsequent months, the seven finalists were tasked with presenting a commercial and manufactural concept with a view to entice panel members and attending investors to assist with the development of their idea.

After a series of pitching rounds and a lot careful consideration by the panel, the undisputed decision was reached that two of the designs were impossible to separate in regards to their quality and innovation culminating in a joint first place.

Sharing 1st place were Catherine Dodd and Rose Phelps of Doddl Cutlery, who have pioneered a revolutionary, ergonomic set of children’s cutlery which is designed to make meal times a stress free experience with tools for children to eat more independently and develop into using adult cutlery quicker.

Alongside Doddl was Chloe Meinick a brilliant designer and inventor based in the Pervasive Media studio at Bristol’s Watershed centre. A recent graduate, with an impressive CV of awards and appointments, Chloe has been developing her ‘Musical Memory Box’ aimed at helping Dementia sufferers. The beautifully upholstered box contains objects which are placed into the box, triggering pre-assigned audio which is then played back to the user. The product is unique in the way that it incorporates striking design, innovative electronic design and a genuine mindfulness of user experience.

The entire process of the competition was extremely valuable to all who attended and as a company, Cubik took great pleasure in being involved in such an important event for our industry and the women who make it great. We are extremely excited at the possibility of assisting with the development of some of finalist’s projects and perhaps help Chloe realise her unique innovation. Stay Tuned!