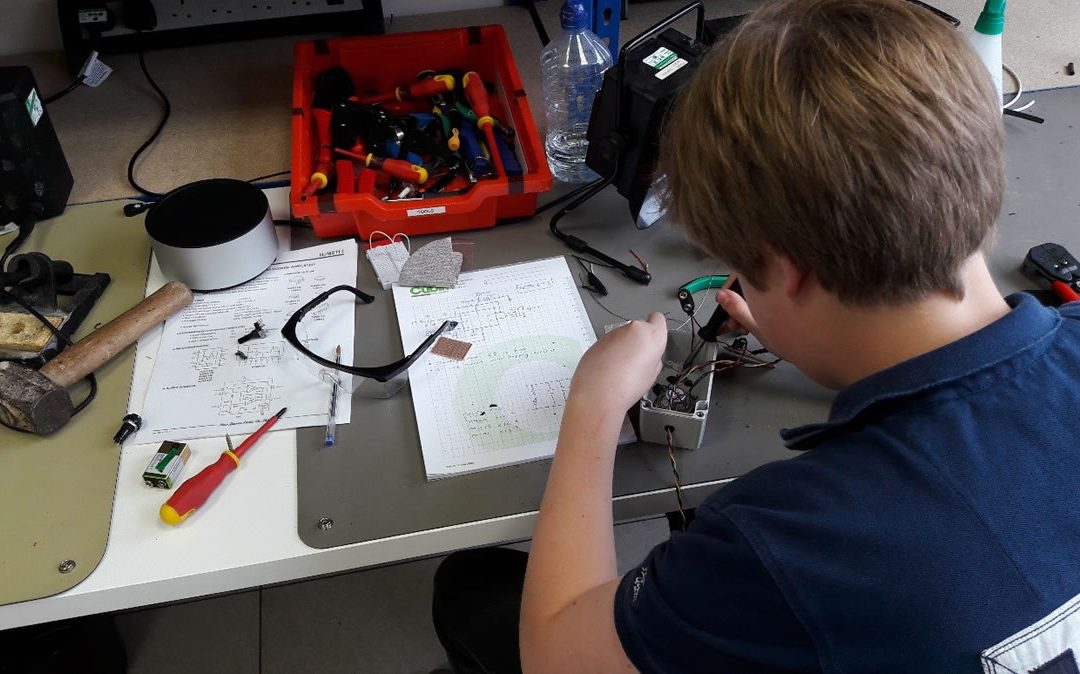 Will Couch joined Cubik Innovation for his one-week work experience from BTE Academy Will joined Cubik on its very first week of its new home!

This is Will’s diary …

Day 1
On the first day I was given a tour by Sophie, Cubik’s Business Manager, then straight after there was a Monday Morning Meeting where everyone discussed projects and what needed doing for the week.

Paul gave me the task of researching and designing a way of detecting motion on vehicles trucks, to identify when they are in use. As part of the solution, Paul then explained and talked me through what an MPU 9250 chip was, and how it has 9 axes, 3 compass, 3 Gyro and 3 accelerometers. I then made my own box chart for the actual microprocessor. Throughout the day I was given small tasks by Sophie and Elaine like asking all the other employees if they needed anything.

Day 2
The second day, Will, one of Cubik’s Software Developers, took me through how the software and coding worked for a project they were working on, the code he showed me was linked to the vehicles motion I researched yesterday. After that, Paul Kelly, Cubik’s Lead Software Engineer showed me how to code in C#. I wrote a code that lists 5 names in a text box and then once you click the reverse button it will output the names on the screen backwards, surprisingly complicated!

Day 3
On the third day, I was in the Production Lab with Barney, one of Cubik’s apprentices. First, I checked all of the soldered points for any impurities; this was part of the test process. Barney then lead me through the way we test the boards, and what to look out for. We then tested half of the boards to see if they worked. Out of the boards we tested one failed, so it will have to be reworked by the production engineers.

Day 4
Today I did some research on some audio amplifiers. Paul gave the task of researching chips, and gave me a list of things that had to be included in the chip. Things like the power, the type of chip, and supply voltage were all important things I had to look at. I also had to find a place that we could buy the amplifiers from, so that we can use it to make an audio amplifier in my final day.

Day 5
On the final day, I made an audio amplifier, it included a speaker, and audio amplifier chip that we chose yesterday, and lots of resistors and capacitors. First we bread boarded it, to see if the circuit worked. A picture of the bread boarded circuit can be seen below. Once we tested it on there (didn’t sound great at this point) I soldered it onto Vero board, this made it much smaller, with everything being closer together.  It had a 3.5 mm audio jack on the top and a switch to turn it on and off. It was all contained in a plastic rectangle case with three holes drilled in it, one big one for the speaker, one rectangle one for the slide switch and one on the top for the audio jack. To drill the holes in the box I got to work in the mechanical lab and help select the enclosure, location of the holes and help drill the holes out using a hole drilling tool. It was then ready to be all fitted together and final tested. For this we plugged my phone in and played a song I had on it. 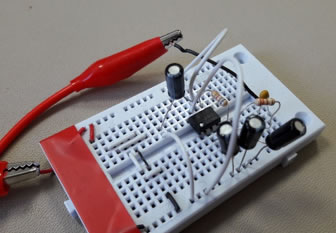 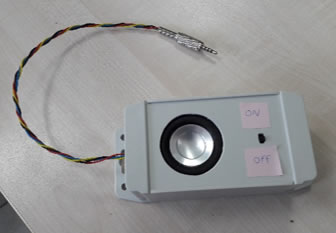