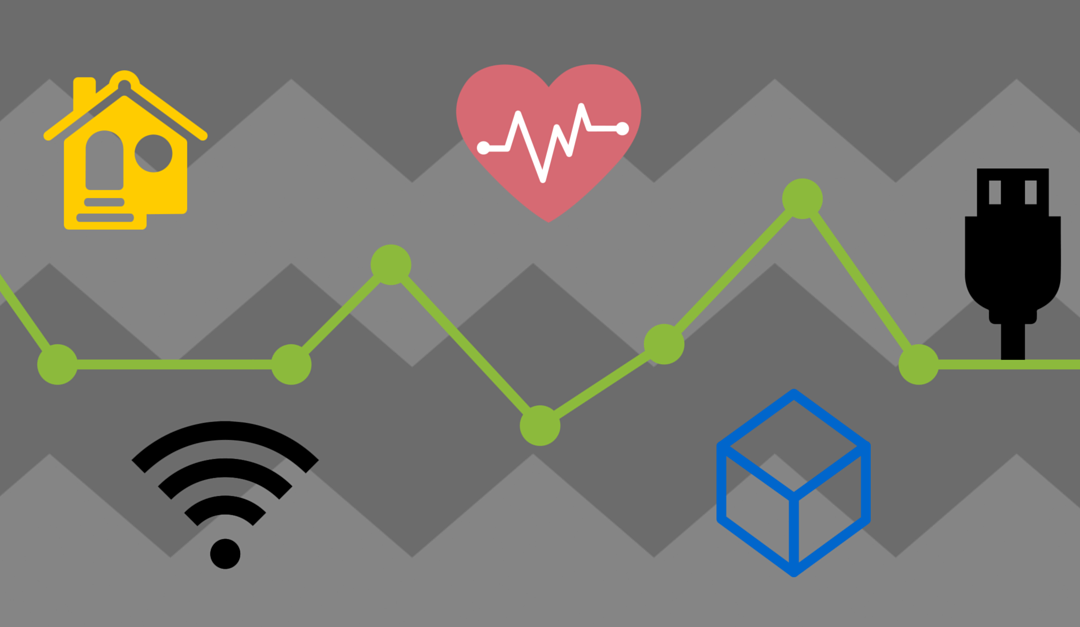 Happy New Year to all of our customers, design partners and suppliers, we hope you had a fantastic festive period – 2015 was big for us and massive for our industry, we saw huge growth in the development of wearable technology and the explosion of the IoT (The Internet of Things) – but what’s next? Here’s 6 trends we think you’ll be seeing more of in 2016.

3D printers move from the makers to the mainstream
Over 2015 3D printers have reduced in price dramatically, with many desktop FDM printers becoming fast, functional, reliable and accessible. We’ve already seen from our own experience, more and more inventors and small companies using 3D printing to develop fast turn-around prototypes, this will build and build. However, the consumer pull for 3D printers to make their way into every home study and maker’s workshop around, seems to have slowed, signposted by 3D system’s announcement to discontinue their entry level consumer 3D printer – The Cube, alongside the close of Cubify.com and its popular retail product lines. It is in no doubt the main players in 3D printing are certainly pledging their allegiance to the industrial market.

For the last few years 3D printing has sky rocketed in popularity and gained real footing as a functional manufacturing process, in 2016 and beyond it will find its true calling  –  going hand in hand with design, prototyping and innovation within high tech engineering and business – less of a novelty and more of an industry standard.

As for the higher end of additive manufacturing, boundaries are already being pushed in regards to materials and composites –  this endeavour will only be furthered this year.

Taking healthcare into your own hand
From wearables to implants, beginning with FitBit and smart watch applications in recent years, this trend really has the mileage to become something huge over the next 12 months and part of our lives for years to come. Devices which encourage healthy lifestyles and behaviours, promote effective medicinal management, provide relevant and accurate information at time of treatment and deliver post-treatment, cost-effective recovery planning are the future of personal healthcare, with a growing number of products already on the market.

With an ever-growing consciousness towards health, an NHS in financial trauma and an ageing population, the demand for this technology is increasing and as technological barriers are broken down, IoT is improved, this will absolutely boom.

IoT still homeless
As the standards which will inevitably force competing entities to connect and work together move further apart, our connected home of the future could be a long way off. Google (and friends) introduced their ‘Thread’ the networking protocol once anticipated to lead the IoT evolution – but with the sheer volume and diversity of standards available it’s still a market difficult to navigate for both developers and consumers alike.

Despite this IoT is showing no signs of slowing. You don’t need to be in the industry to know home automation is massive – massive last year, definitely massive this year and undoubtedly the future of domestic living, over the past year we have seen the amount of new enquiries coming directly from this industry grow exponentially.

One of our larger customers –  Switchee, a start-up based at London’s Makerversity are developing a smart thermostat exclusively designed to help affordable housing providers fight fuel poverty, alongside boasting a whole range of extra features geared towards clever automation. The unit detects high humidity levels thereby safeguarding against dangerous mould, alerts users when the temperature drops below a safe level and includes a messaging feature, useful for contacting dependant tenants quickly and easily. Switchee is already on trial with a number of leading Housing Associations – check back for our full case study in the coming months with details on how our Software and Production teams have helped make this happen!

Smart metering, finally
The £11 billion Government scheme kicked off in 2013 with plans to install an estimated 53 million new smart meters to around 30 million homes and small businesses gained a lot of attention in the press last year, with multi-million pound fines imposed on partnered utilities companies after repeatedly missing supply targets.

With the rescheduled rollout to begin in October 2016 and a planned conclusion in 2020, utility companies will certainly need to up their game to meet installation deadlines. The government has also reported a £90 million effort needed from the development team behind the infrastructure to improve the vital communications system which has rendered many of the country’s existing smart meters ‘dumb’.

A nod to the future
Touchscreen may not be done with its day in the sun, but we predict the new revolution in user interface to be gesture recognition – perhaps not hot on its heels for the mainstream limelight but definitely in slow pursuit! The trend is already gaining momentum as semiconductor manufacturers add gesture recognition functions and applications to existing sensor product lines and the rise of electromyographic wearable sensors gains momentum.

USB C as standard
The USB C is small enough to work with the smallest of peripheral devices, allows for reverse plug orientation and carries significantly more current than previous generations. We have seen a gradual turn to this type of connection amongst our customers, sure to continue this year, progressively becoming industry standard.

One more prediction…
So there we have it, 2016 predictions made, it will be interesting to see which ones we’ll be backtracking in 2017! At Cubik we predict our 2016 to be much like 2015…but better! Hopefully meeting a whole new class of exciting and innovative inventors, SMEs and large corporations with burgeoning ideas, plans and concepts for electronic products and systems.

If you’d like to begin the New Year by finally kicking off that new project, get in contact with Cubik to discuss our  bespoke electronic product design, concept to production process.