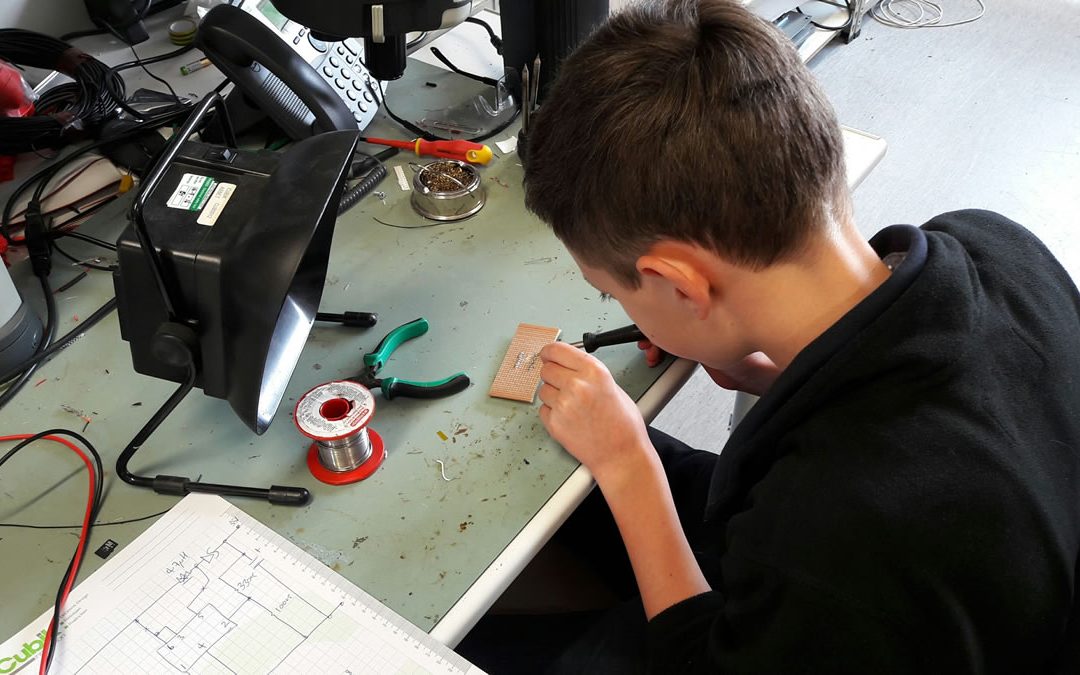 George Lear joined Cubik Innovation for his one-week work experience from Mangotsfield School in Downend. Currently a Year 10 student, George has a keen knowledge and hands on experience with the Raspberry Pi and has strong interest in Electronics, Engineering and Design which he is studying at school. This is Georges diary …

Day 1:
Today I started by sitting in on the Monday Morning Meeting. The meeting was full of discussion about the business and what everyone’s job was for the week ranging from administration to production. 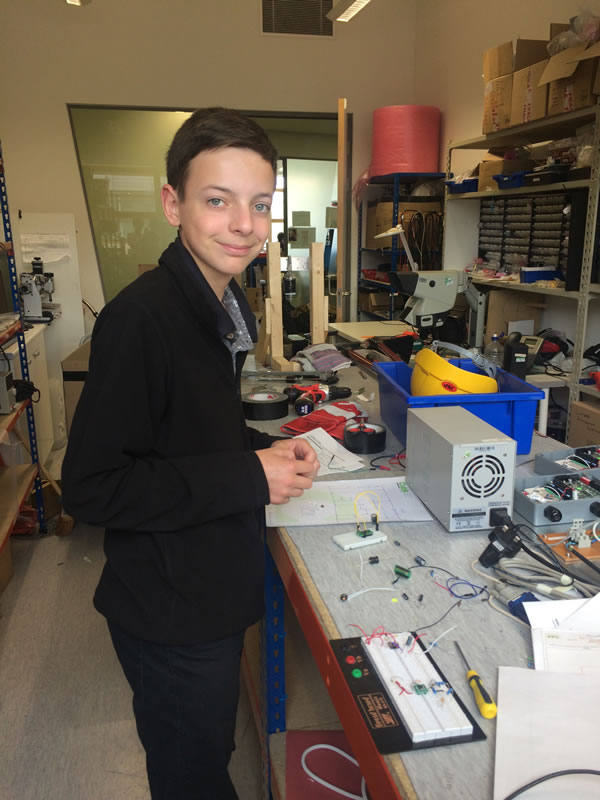 After the meeting I went on to working with Ryan (Electronics Intern) who showed me a report that has to be completed when there is a problem with a product. He showed me the way that this has to be done so that anyone should be able to read it and understand it without needing to know anything about electronics.

The final task of the day was to test some products that had been previously found faulty to see if the repairs carried out by the Production Team had worked.

Day 2:
I began by working with Eli (Design Engineer) who took me into the workshop to test an intelligent security device that lets you know when it is being tampered with. It can detect all sorts of attacks from drilling to heating. Whilst in the workshop we hit the device with a hammer, cut it with a saw and attacked it violently with an angle grinder to find out if the sensor responded to all the different types of attacks.

After that I moved on to working with Giles (Design Engineer) and Sam (Production Manager) who were testing another piece of smart security technology. This testing included testing if the device triggered when a door was opened or a loud nose was heard. It would then send a text message to a database informing the security team that an alarm had been activated letting them know a possible intruder had entered.

I finished off the day by doing a research task to find a step-up DC-DC converter that Cubik could use instead of an old chip that is no longer manufactured.

Day 3:
Today I worked with Paul (Technical Software Lead) who showed me how the software side of electronics is done. It turns out is it a very complicated part of an electronics product. This took up the morning and was really fascinating. After lunch I got the chance to have ago myself which I found a great challenge.

I managed most of the tasks, including making a name display which started and stopped when you pressed the button. The only task which I could not manage was creating a reverse button that played the names in reverse when the button was pressed.

Apart from my lack of skills the day went really well and I have particularly liked having a go at programing myself. It is incredibly annoying at times but when you get it right it is very rewarding and you end up with a working piece of software.

Day 4:
Today I worked on a new power supply for a recent project that used a chip that is no longer available. It needed to be capable of powering the system just like the old chip did. Me, Eli (Design Engineer) and Russell (Design Engineer) were all trying to get it to work but none of us could. We were supposed to get 5v from the output but the max we could get was only 4v without a load. Whatever we tried to do it made it worse or the output stayed the same.

After lunch I used the internet to try to find a similar chip that could do the trick. I manged to find one so when it arrives it will have to also be tested to see if it gives us the 5v needed.

After lunch I started to build another power supply with a different chip. Thankfully this time it worked and gave us 5v on the output. We then did some testing on the power supply to find the efficiency and how well the voltage could keep its self-up to 5v.

I had a really great week at Cubik and I have learnt many new skills. A big thank-you to everyone at Cubik for letting me come and see what happens when producing a new piece of technology.