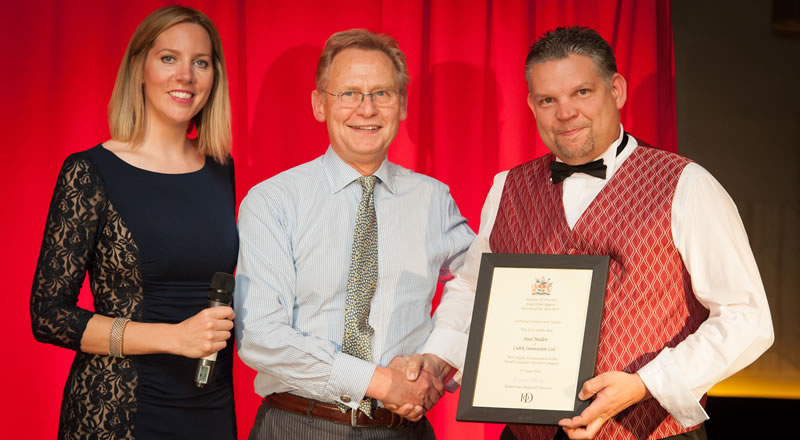 Summer usually signals the slowdown of the engineering sector, but not so here at Cubik!

Staged at the wonderful Bordeaux Quay in Bristol Centre, with guest speaker IoD Chief Economist James Sproule, it was a fantastic opportunity to meet other local business owners.

Regional IoD Director Simon Face and his team at Bristol and Bath Science Park organised the event and Director Paul Mullen was stunned to have been Highly Commended in the Small Company Director Category.

Collecting his award from host Laura Rawlings and IOD Regional Chairman Richard Ayre, Paul commented: ‘I am really shocked, but pleasantly surprised! I love what I do and have a fantastic team of people working alongside me at Cubik Innovation. The South West region is alive with vibrant businesses, it’s a great city to work in and these Awards are a demonstration of the diversity of the local economy.’

An excellent evening was had by all attendees and Cubik looks forward to meeting more local business owners at the next event.

Next up, we shall be attending the Bristol Post Business Awards at The Engine Shed where Cubik have been nominated for Start Up Business of the Year Award!

Boys, time to break out your dinner jackets!